What are the unwritten rules of the workplace? 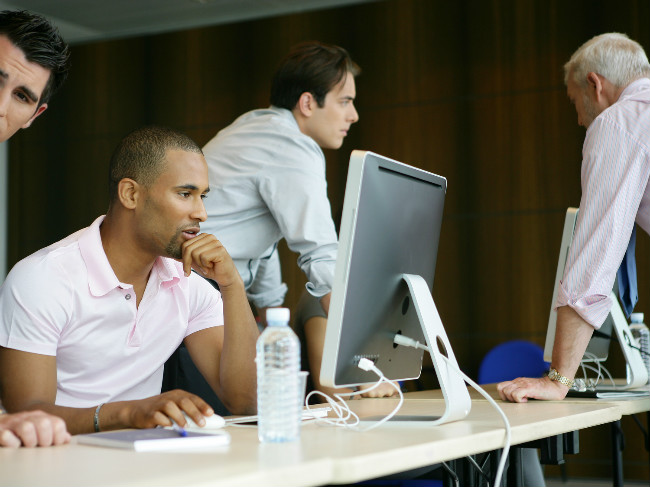 When you first started school, nobody handed you a rule book with a list of dos and don'ts to become familiar with. But by observing your surroundings and watching how your peers behaved you soon learned that if you wanted to ask a question, you would have to raise your hand in the air instead of shouting out loud.

The same principle applies to the office where there are written and unwritten codes of conduct that exist to ensure the harmonious coexistence between colleagues.

So what are the things that you need to be aware of which don't feature in your employer's staff handbook?

Mobile phones
If you have your phone at work try not to leave it on the loudest setting - the sound of different ring tones going off can be extremely annoying to others. Instead, set the alert to ‘vibrate'.

Avoid making personal phone calls at your desk. Even if the nature of the call isn't personal, find somewhere else to talk and avoid disrupting your colleagues.

Don't take your phone into meetings with you. Regardless of whether your phone is on silent or not, if you receive a call or text you may be tempted to check to see who it is from. This is not only rude, it is a clear signal to your boss that your mind isn't 100 per cent on your job and all calls can wait until your meeting is over or until there is a break.

And don't use the phone in the bathroom. Your voice is 20 per cent louder in a bathroom compared to outdoors due to the acoustics and most people find it extremely annoying - you never know who may be in the next cubicle.

Using the internet
Policies on personal internet use differ from office to office with several UK organisations banning their employees from using social networking sites such as Facebook and MySpace due to potential time-wasting.

The general rule is to do use the web in moderation and limit your internet usage to non-working lunchtimes.

The internet has it's uses – maps, timetables, dictionaries – but just as many distractions. If your screen is displaying the Sky Sports homepage every time your boss walks by, you're not going to be seen as a hard-working member of the team.

Smoking
The main criticism levied against smokers is the perception that they take more breaks than non-smokers during the working day. It not necessarily true, but nonetheless don't take too many breaks because if you do, you may be perceived as being lazy, selfish and inconsiderate by others.

Making sure you don't have an overpowering smell of tobacco on your clothes when you get back from your break is also a way to ensure you're not alienated by your co-workers.

Keep the decibels down
Workplaces that rely on creative thinking often allow staff to sit their desks all day listening to their own music on headphones. But this can have the same annoying effect as hearing the tinny sound emanating from the headphones of the person next to you on the train into work.

If you want to keep your iPod in one piece, then absolutely no singing, whistling, head bopping or banging the imaginary drums is permitted.